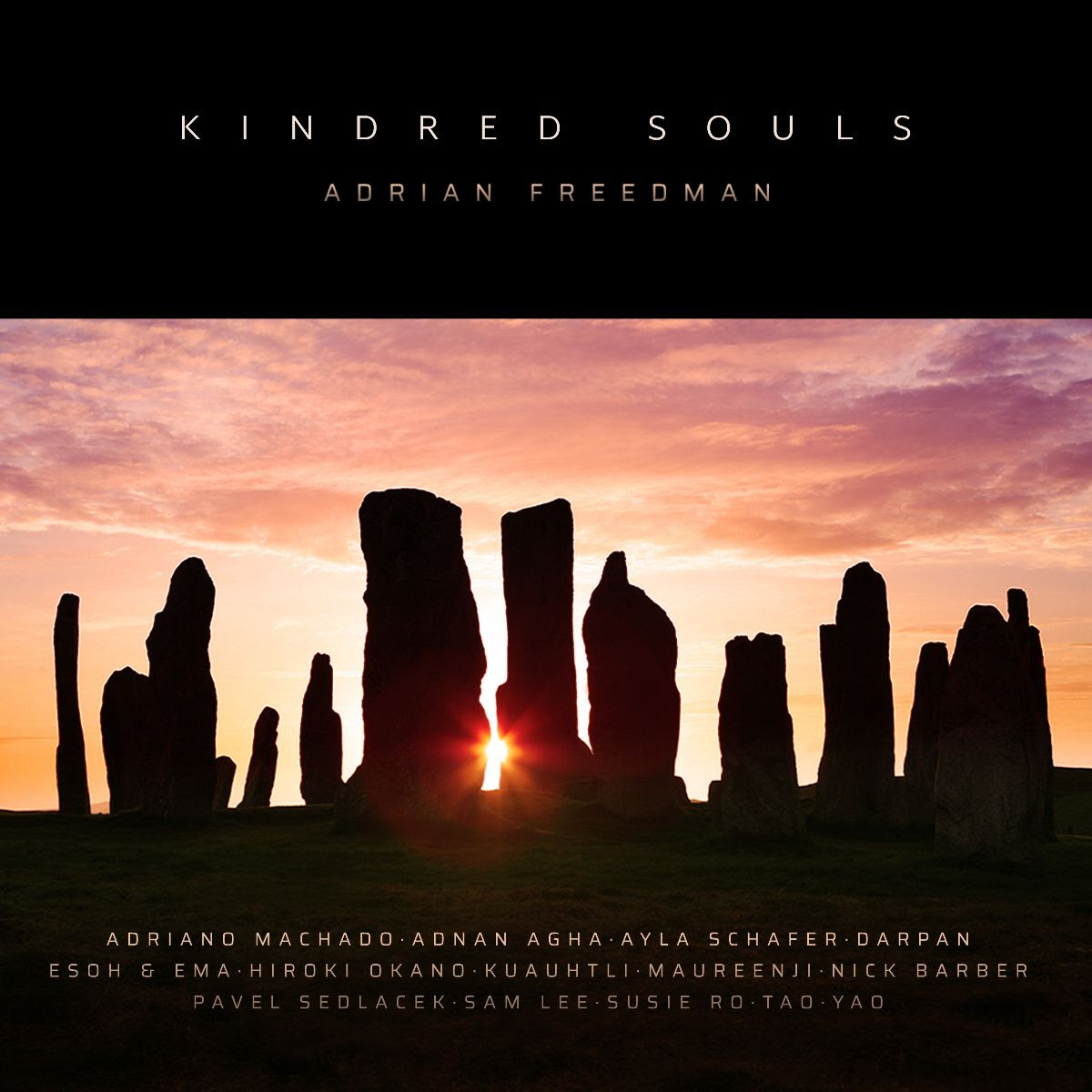 Kindred Souls Album is Out Today!

Here is some words from Adrian about this album:

“I feel a mixture of relief, honour and joy at finally reaching the date of release for the Kindred Souls album.

Relief, because of the time and effort it has taken to shape these ten pieces into the final form and flow on the album.

Honour, because as I look at the list of amazing musicians I feel so very fortunate and grateful to find myself in such magical company.

Joyful, because I really love this music, feel so happy to offer to the world at this time – peaceful and soothing, uplifting, surprising, expansive, dynamic and transcendental.

This project grew from very humble beginnings as I made random recordings with various musicians on my travels around the world.”

Listen to Full Album at the streaming platforms cliking here!

If you want to show some support to musicians and buy the album
(rare these days!) you can get it from my shop cliking here!

You also can listen some tracks and buy the album at Bandcamp, clicking here!

You can read a bit more about the project cliking here!

And you can watch some beautiful films made from the album singles already released cliking here!

We use cookies on our website to give you the most relevant experience by remembering your preferences and repeat visits. By clicking “Accept”, you consent to the use of ALL the cookies.
Cookie settingsACCEPT
Manage consent

This website uses cookies to improve your experience while you navigate through the website. Out of these, the cookies that are categorized as necessary are stored on your browser as they are essential for the working of basic functionalities of the website. We also use third-party cookies that help us analyze and understand how you use this website. These cookies will be stored in your browser only with your consent. You also have the option to opt-out of these cookies. But opting out of some of these cookies may affect your browsing experience.
Necessary Always Enabled

Performance cookies are used to understand and analyze the key performance indexes of the website which helps in delivering a better user experience for the visitors.

Analytical cookies are used to understand how visitors interact with the website. These cookies help provide information on metrics the number of visitors, bounce rate, traffic source, etc.

Advertisement cookies are used to provide visitors with relevant ads and marketing campaigns. These cookies track visitors across websites and collect information to provide customized ads.

Other uncategorized cookies are those that are being analyzed and have not been classified into a category as yet.